Hammerhead season is on!

The hammerhead season is here again! This is the perfect time to observe these unique species. If there was a Most Unique Shark contest under the sea, the hammerhead would no doubt win without effort. Just one look at the hammerhead shark and you’ll know why it was given such a name. Their hammer-like heads called cephalofoil and wide-set eyes make them stand out amongst other sharks. Even their scientific genus name Sphyrna is derived from the Greek word for hammer. Despite its name, it has no affinity with the hammer-wielding comic hero, Thor. haha!!

Come explore with us

May is generally one of our favorite months for sharks in Cabo. We think of it as a shark extravaganza because there are many shark species at the same time. Grab this opportunity and join our shark expeditions to see apex predators in action. During this time of year, it is possible to observe smooth hammerheads and makos. Silky sharks are also around the corner.

Face to face with a hammerhead 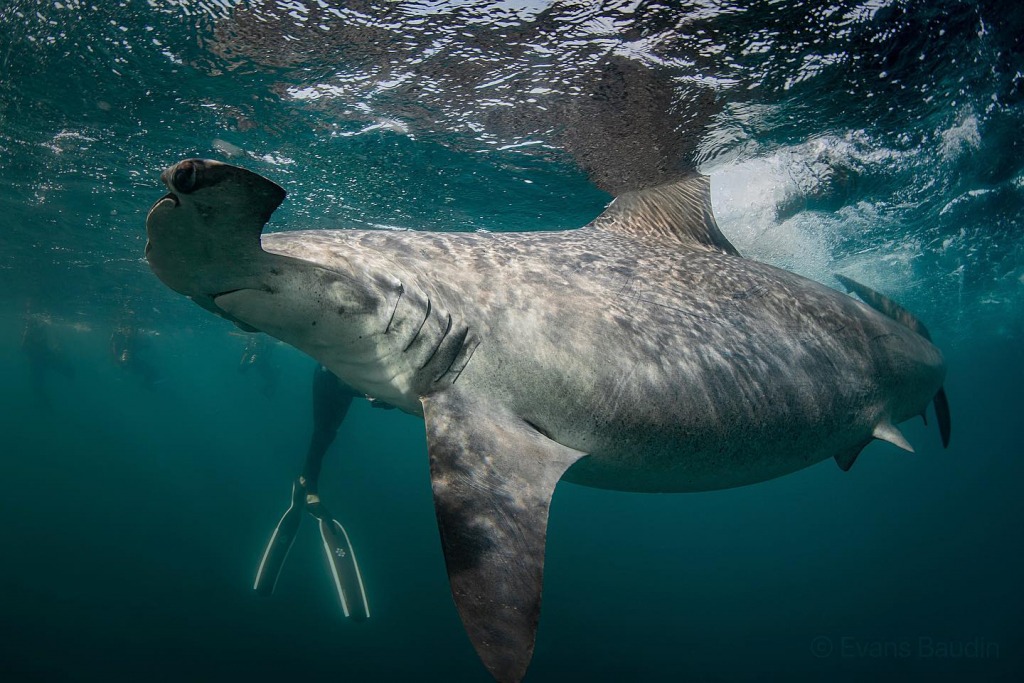 We recently had a priceless encounter with a 12ft smooth hammerhead. She was a real player and blessed us with her presence for two and a half hours. Our guests and crew shared an incredible time with this massive and fascinating creature. We look forward to many more exciting hammerhead encounters.

Observe the position of its eyes on the sides of its oddly-shaped head. Scientists believe that this gives the shark 360-degree vision which is an advantage when hunting for prey. However, they have a blind spot in the front area of their nose.

Hammerheads are equipped with a sensory organ called ampullae of Lorenzini. This enables the creature to pick up the electrical impulses produced by its prey.

Hammerheads love to hunt at night. These amazing predators enjoy feasting on smaller fish, crustaceans, squid, and octopus. Hammerheads also have a habit of scanning the sand to hunt for hiding stingrays.

Smaller hammerheads are afraid of the Great Hammerhead because they are known for cannibalism.

There are nine different species of hammerheads (not arranged in any particular order):

Sharks have been tagged as vicious monsters in many movies. But in reality, humans are the biggest threat to their existence. Several species including the Endangered Scalloped Hammerhead and Great Hammerhead are threatened by the demand for their fins in some countries. Fishermen catch and slice off the hammerhead’s fin and toss it back into the water to die. It’s such a tragic end to such a magnificent creature.

Overfishing and degradation of habitat caused the decline of the hammerhead population.  In 2014, they were added in Appendix II of the Convention on International Trade in Endangered Species (CITES).

Mexico is a great place to swim with these amazing creatures. Join our Cabo San Lucas shark diving expeditions to see these unique aquatic animals up close and personal. The currents from the Pacific Ocean merge with the currents of the Sea of Cortez which creates a nutrient-rich marine environment. The fusion of currents attracts a wide array of fish species that trigger apex predators like hammerhead sharks to visit these abundant waters.